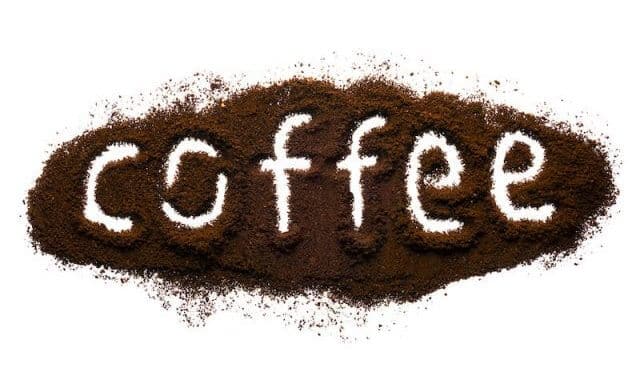 Like regular coffee, decaf has a wide range of potential health benefits. Some health concerns have also been raised regarding drinking decaf on a regular basis. Take a closer look into the potential benefits of drinking decaffeinated coffee and some of the potential drawbacks.

How Are Decaf and Regular Different?

According to the U.S. Food and Drug Administration (FDA), to be considered decaf, a coffee product has to have at least 97% of its caffeine removed. The (up to) three percent of caffeine that remains in a cup of decaf could amount to between three and 12 milligrams per serving. An 8-ounce cup of drip regular coffee has about 13 milligrams of caffeine.

The liquid form of carbon dioxide can be used to remove the caffeine from coffee beans. Carbon dioxide, which we exhale as a gas when we breathe, is considered a natural substance and not a synthetic chemical.

The water process, also called the Swiss process, is said to produce the most flavorful coffee beans. It leaves the greatest amount of the regular coffee bean intact.

Neither carbon dioxide nor the Swiss water process are thought to introduce any health risks to decaffeinated coffee. Organic coffees, according to the FDA, must use one of these solvent-free decaffeinating methods. These organic coffees must also be grown without using pesticides.

The solvent method was the first decaffeination process to be invented. In the early days of the coffee trade, coffee merchants used benzene to remove caffeine from the beans. Today we know that long-term exposure to benzene, in high enough doses, can lead to blood disorders, cancer, and issues with fetal development during pregnancy.

Alternative solvents used today to remove the caffeine from coffee beans include methylene chloride and ethyl acetate. Ethyl acetate, found naturally in the ripening process of some fruits, is thought to have a relatively low risk of causing side effects. Methylene chloride is more controversial.

The FDA has reported that the amount of methylene chloride used in decaffeination is too low to cause health effects in human beings. In large enough doses, methylene chloride has been shown to correlate with lung and liver cancers in animal studies as well as headache, fatigue, nausea, vomiting, and other lesser side effects.

Some studies show that the health effects of regular and decaf coffee are similar, suggesting that the caffeine is not the most important ingredient when it comes to coffee’s health benefits. Other studies show that for some specific health conditions, drinking decaf is even more beneficial than drinking regular coffee.

Effects on Fatty Acids in the Blood

Results were mixed, however: For those in the decaf group with a body mass index (BMI) of greater than 25, considered overweight by this measure, drinking decaf seemed to have the positive health effect of raising the “good” cholesterol levels in their blood. Those in the decaf group with BMIs of less than 25 saw their “good” cholesterol numbers drop by 30%.

A 2014 study compared those who drank six or more cups of coffee per day to those who didn’t drink coffee in terms of their likelihood to develop type 2 diabetes. The study found that the coffee drinkers had a 33% lower risk of developing the disease whether they drank regular coffee or decaf.

Regular and decaf coffee have both been shown to have a protective effect on the liver. Blood tests of Americans age 20 and older were measured for levels of enzymes that correlate with liver health. Those who drank at least three cups of coffee, including both regular and decaf, per day had the lowest levels of enzymes in their blood, an indication of healthier livers.

Coffee drinking – both the regular and the decaf kinds – has been associated with decreased risk of fatty liver disease (when the disease is not associated with alcohol consumption, to be specific), cirrhosis of the liver, and even liver cancer. Even people with chronic hepatitis B or C, people who are at very high risk of developing liver cancer, can lower their risk by consuming coffee daily. Researchers are still trying to pinpoint which ingredient(s) found in coffee may be responsible for protecting the liver from disease.

Both decaf and regular coffee have potential health benefits. When it comes to prevention of type 2 diabetes and liver disease, it doesn’t make much of a difference whether you prefer decaf or regular. Decaf is more protective when it comes to helping prevent colorectal cancer.

Drinking decaffeinated coffee has been associated with a decrease in “good” cholesterol levels in the blood. Some have raised concerns about exposure to toxins used in the solvent methods of decaffeinating coffee, although the FDA considers all the modern methods to be safe. Those who’d like to minimize their exposure to these solvents can choose organic coffees.

Health care providers who participated in the studies cited in this article didn’t recommend changing your coffee drinking habits, whether you prefer decaf or regular. Each has health benefits as well as some potential drawbacks. Those who are sensitive to caffeine, including those with heart arrhythmia, those with high blood pressure, and those who have difficulty sleeping, should be aware that some caffeine can still be present in decaf.

Some Decafs to Try

This organic whole bean coffee is made with fair trade, 100% arabica beans. It brews to a flavorful cup of decaf with rich, chocolate-like notes, and a mellow, smooth finish. Packing all the roasty, but never burnt, notes of Kicking Horse’s regular coffees, this decaffeinated coffee has a satisfying full taste without bitterness.

This decaffeinated coffee is sold ground or whole bean in either a medium roast or a dark roast. Both varieties are very low in bitterness. Growing coffee in high altitudes makes for a denser, harder coffee bean and, in the opinion of many, better flavor. The dark-colored, shiny coffee beans give a robust flavor that tastes exactly the way a good cup of coffee should.

A List of Haram and Doubtful Ingredients In Supplements
Is Whey Protein Halal?
The Muslim’s Guide to Halal Supplements